← I wrote this one a few years back. Thought it might be time to trot it out again.
May I mambo dogface to the banana patch? →

I read Rachel James’ excellent blog and thoroughly enjoyed this post. The top 10 TV dudes she would marry. So naturally, I present:

First some rules. These are characters on an established TV series, not news anchors, cooking show hosts, chat show hosts, sportscasters, whatnot. Also, no characters from sketch comedy shows (e.g., SNL). Also, no cartoon characters. I could create a whole list right there. Betty Boop, Betty Rubble, Betty Cooper (what’s with all the Bettys?), Jane Jetson, Lois Griffin… Yeah, the less said about that the better.

Like Rachel, I ranked the candidates on a number of scales. “Looks,” “Personality,” “Humor,” “Intelligence,” “Charisma,” and an “X-factor” that is probably best defined as “overall babeitude.”

A few findings before we begin. Draw your own conclusions:

Lacey Burrows is one of the central characters in “Corner Gas,” the best sitcom you never heard of. Lacey moved from Toronto to Dog River, a small town in rural Saskatchewan, to reopen and run her late aunt’s diner. Quite unprepared for small-town life, and even less so for the eccentrics in this particular small town, Lacey wants with all her heart to fit in among a community of people who have never known anything but fitting in. She’s been linked romantically with Brent Leroy, owner of the gas station adjoining the diner, but after a brief interrupted moment of flirtation they decided they were better as friends. Good thing, too, because Lacey suspects and fears that most of the men in Dog River harbor secret crushes on her. 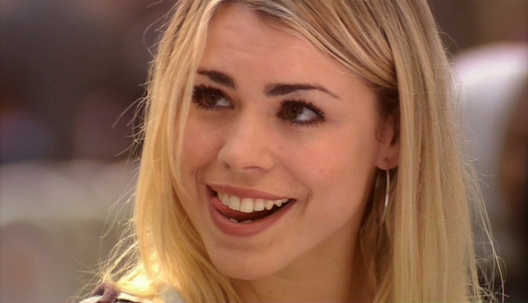 When the BBC rebooted “Doctor Who” in 2005, Rose Tyler became the (at first) reluctant companion to the Ninth and Tenth Doctors (Christopher Eccleston and David Tennant). The show needed a reboot in the worst way, and the Doctor needed a companion who was more than a cardboard cutout. Rose was the first companion whose life before the Doctor is known to us, and indeed the first one whose family and friends are adversely affected by her travels with the Time Lord. Rose was a London shopgirl when she met the Doctor, living with her mother in a council flat and enjoying a relationship with her boyfriend. She is a sweet, gentle, and sympathetic young woman, fiercely loyal to those she loves. And she kicks ass with a blaster.

Spoiled rich girl, cut off by her incredibly wealthy parents. Comes to the Stratford Inn, works halfheartedly and borderline-capably as a housekeeper. When her wealthy parents came to visit Stephanie introduced Dick and Joanna Loudon as, “These are the people who make me clean toilets.” The definitive Stephanie quote: “The only thing I ever dream is that I’ve just won every beauty pageant in the world, and all the people I don’t like have to build me a castle in France.” Later she married Michael Harris and made up the quintessential ’80s yuppie couple. Snotty, entitled, and completely out of touch. But showing a compassionate empathetic side in the least likely circumstances. And SO DARN CUTE. 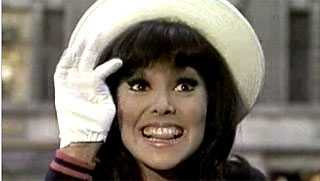 Midwest girl who left Saint Louis to move to NYC and become a famous actress. Sweet, funny, persevering, but nobody’s fool. Had a boyfriend, a magazine reporter, Donald Hollinger. What. A. Tool. I would regularly wonder out loud how a hottie like Ann ended up with a wanker like Donald. Fiction, yes, I know – but maybe designed to give guys a little hope? One of the last episodes was about how she posed for a spread in a centerfold magazine, and ended up shocking the entire city of Saint Louis – especially her father. My kind of girl, That Girl.

Let’s face it, most sitcom characters have at least one significant personality flaw. A quirk that makes them, well, funny; but you may not want to be executor of that person’s will. Georgette is the rare, rare exception: a sweet woman, totally free of guile or larceny or mischief. But, like Ann Marie: nobody’s fool. She became Mary Richards’ good and trusted friend, and eventually was wooed by and married Ted Baxter. Fiction, yes, I know – still, I will always be amazed by the generosity of the feminine soul. Georgette had her moments of cutting loose too: on one show she changed into tights and short shorts, and did a steamy song-and-dance to the Pointer Sisters’ “Steam Heat.” Yowwww-za.

Surprisingly, Mary Richards didn’t make it into the competition at all. But Laura did. Two words: capri pants. Curvy, nicely curvy. And she was a dancer. Laura met Rob when he was a soldier and she was a dancer in the USO. And often she’d dance on the show, sometimes alone, sometimes with Rob who could cut a rug his own self. Even as a young’un I always had the impression that – – unlike other TV sitcom couples – – Laura and Rob actually DID IT. Those twin beds don’t fool anyone. “Ohhh Robbbbbb….”

If there’s ever proof needed that even brainy women fall for the bad boys, Lisa Cuddy is it. Part optimist and part masochist, I think, to let herself be so hooked by House. Smart, compassionate, possessing significant social proof, and drop-dead gorgeous. If this were a just world she’d end up with Wilson. Or me. Not a just world, though. Dammit.

More proof that even the smart babes fall for the bad boys. Maddie Hayes was a world-famous fashion model who had gone past her prime. Oh yeah. Look, just look, at how washed up she must have become as a model. Tsk, tsk. Meantime the accountants had pilfered her money, leaving her with some dead-end investments she now sought to divest herself of. One turned out to be the Blue Moon Detective Agency, and of course, mayhem ensues. She outplays David Addison at his very own game, and even turns out to be an empathetic and devoted friend to Agnes DiPesto. Quite a scrapper as well.

Honestly? I was shocked at my own vote returns. I thought for sure Bailey would be the runaway winner. Radio geeks in the ’70s, we were all in love with Bailey. The glasses. The hair. The sweet shyness. Originally from Chicago, got a journalism degree at Ohio State, summa cum laude. Wanted to be a radio mogul, but was shy and couldn’t speak up. Do you see the comedic potential here? New station P.D. Andy Travis made Bailey an on-air reporter, and she rewarded his faith in her. Became more assertive, better able to speak up for herself, brought a measure of sanity to the insanity of WKRP. And if you’re a guy like me who’s crazy in love with women in glasses, Bailey forever has a place in our hearts.

Okay, unless you’ve already read ahead, before we get to the winner here are some runners-up who didn’t make the cut. No particular order, worthy candidates all.

So I won’t keep you in suspense. The #1 candidate: 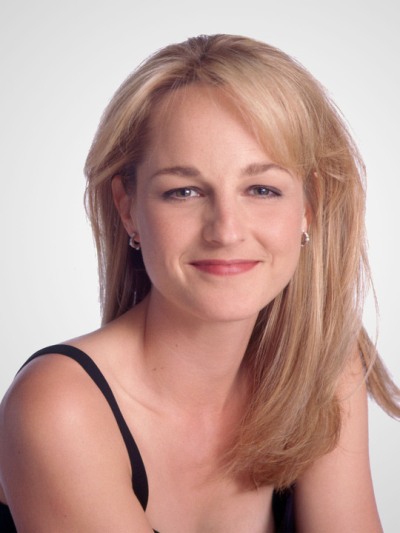 As much as I loved his wife I couldn’t find it in my heart to hate on, or be jealous of, Paul Buchman. Because he and Jamie were just so amazingly well suited to one another. Jamie is a public relations specialist, a Yale grad, whip-smart, quick witted, who grew up in Connecticut with her parents and a neurotic older sister Lisa. I think the single most endearing thing about Jamie is how much she sees in Paul to love, how much in love with him she is despite the fact that she’s profoundly aware of his quirks and foibles. She has her own, of course, and he loves her too. Both are willing to sacrifice some of their own immediate gratification, immediate need fulfillment, because they find happiness in making this other person a little bit happier. Fiction? Maybe. A nice ideal, though. Nice to imagine that such things still can happen.