← Separated At Birth: Ryan and Goober
Rockin’ the 902: I’ve spent more time in church this week →

Bras D’Or Lake is an inland salt-water lake that sits right in the middle of the lower half of Cape Breton. Imagine Lake Mille Lacs with lobsters. It’s as important to the community as Mille Lacs is to central Minnesota.

“Bras D’Or” is French for “arm of gold.” The Mi’kmaq First Nation named it “Pitu’pok,” or “long salt water.” Four Mi’kmaq tribes maintain settlements around the lake: in Membertou, Eskasoni, Wagmatcook, and Waycobah. 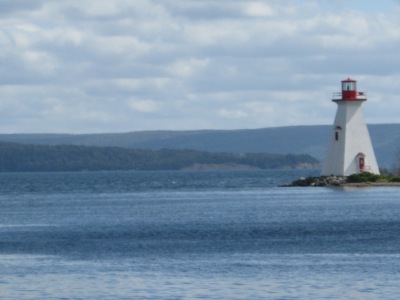 The central town on Bras D’Or is Baddeck, also one of the main entry points to the Cabot Trail. Alexander Graham Bell and his wife Mabel made their summer home in Baddeck and eventually retired there from Scotland. Bell set up a lab in Baddeck and along the way helped launch the plane that made the first manned flight in the British Empire.

The lake extends northeast to Sydney, the largest city in Cape Breton. Sydney recently resumed their long-dormant cruise ship harbor (harbour?), so they hope that passengers will traverse from the ocean down through the lake.

Like Mille Lacs, Bras D’Or relies on tourism, fishing, and farming. It’s fed both by the ocean and the streams from the south, so sea water and fresh water species are found in different places. 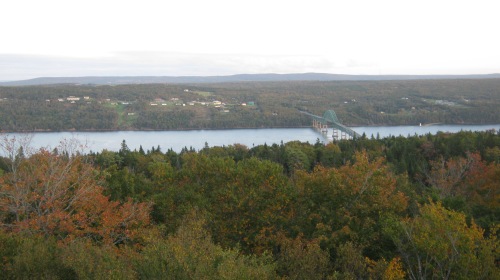 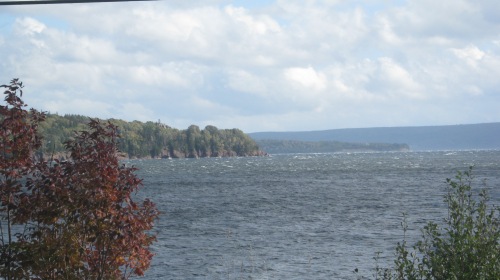 2 Comments on “Rockin’ the 902: Like Lake Mille Lacs, with lobsters”