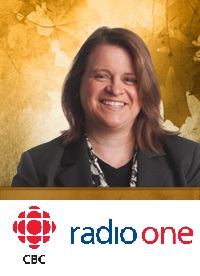 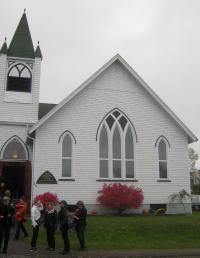 As you recall, last year Wendy Bergfeldt from CBC Cape Breton was kind enough to clue me in about these recording sessions during Celtic Colours week. Performances and interviews are recorded at Knox Presbyterian Church in Baddeck for later broadcast. I attended Monday and Tuesday, went whale watching on Wednesday, and returned for more music on Thursday and Friday. 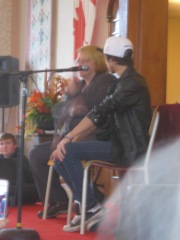 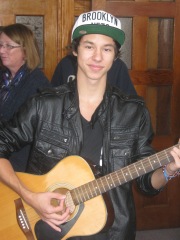 Thursday’s highlight was to listen to and meet a talented young man I’ve featured previously in Name-Brand Ketchup and on KBEK. Kyle Mischiek is a young Caper who infused the island’s most beloved song with hip hop beatz. Personable and funny, he charmed the crowd into singing along. This is the official video, not from Knox.

Any dude who can work Lick-A-Chick into a rap is good in my book. 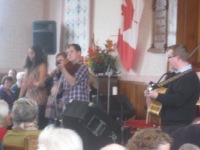 Friday featured a group of “buskers” from the Cape Breton Fiddlers’ Association. More on them in a later entry. 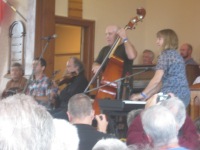 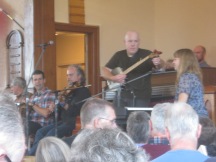 Next up: a group from Québec with appropriately bilingual names: Raz de marée, and Tidal Wave. A quartet, they were joined by step dancer Normand Legault who brought down the house. 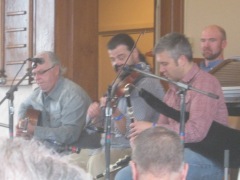 The morning ended with a performance by Ontarian-Irish trio North Atlantic Drift.

An amazing week of music, all by churchin’ it up.  Every bit as good as the shows I purchased tickets for.