← Unbelievably sad to note the passing of Robin Williams.
“If I Only Had A Shot” → 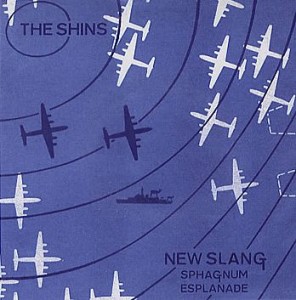 Whether you’re in a hometown you can’t stand, have a relationship in your past that you wish had ended better (or not ended at all), or have strange thoughts about the buns from your local bakery, “New Slang” is a song worth knowing more about… If someone never “took to (you) like a gull takes to the wind” it’s not likely to happen in the future, regardless of how much you want it to. This song isn’t full of good cheer, but neither is Hamlet or Macbeth. There’s value in examining the sadder pieces of art. Fortunately, this one comes with a catchy melody. – The Shmoop Editorial Team

“New Slang” could be a lost single from a brilliant, obscure ’60s psych-folk band, while still sounding far ahead of its time. – Charles Spano, Allmusic

A song about boredom and regret and failed relationships, about feeling stuck and dashed hopes. A song about wanting something you will never have, about not wanting to be where you are. A melancholy song with a peppy singalong tune. 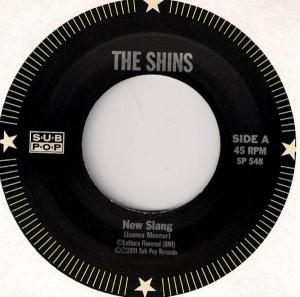 I first heard this song on an episode of “Scrubs,” which featured amazingly good music for a major-network sitcom. It was also in Zach Braff’s first major motion picture “Garden State.” Natalie Portman puts her headphones on Braff and tells him this song will change his life. I had many requests for it on KBEK, and many more listeners who called to ask, “Who is that band?”

From the very first listen I liked how the song speeds up after the fade-out of the last verse. It’s like waking up from a dream. Nice touch, that.

I can’t believe how many reviewers compare this to Simon and Garfunkel. That never occurred to me.

Gold teeth and a curse for this town were all in my mouth
Only I don’t know how they got out, dear.
Turn me back into the pet I was when we met
I was happier then with no mind-set.

And if you’d ‘a took to me like a gull takes to the wind
Well, I’d ‘a jumped from my tree
And I’d ‘a danced like the king of the eyesores
And the rest of our lives would ‘a fared well.

New slang when you notice the stripes, the dirt in your fries
Hope it’s right when you die, old and bony.
Dawn breaks like a bull through the hall,
Never should have called
But my head’s to the wall and I’m lonely.

And if you’d ‘a took to me like a gull takes to the wind
Well, I’d ‘a jumped from my tree
And I’d ‘a danced like the king of the eyesores
And the rest of our lives would ‘a fared well.

God speed all the bakers at dawn
May they all cut their thumbs,
And bleed into their buns ’til they melt away.

I’m looking in on the good life I might be doomed never to find
Without a trust or flaming fields am I too dumb to refine?

And if you’d ‘a took to me like
I’d ‘a danced like the queen of the eyesores
And the rest of our lives would ‘a fared well.