← And suddenly, the world was in a wee bit better alignment today.
Lo! Another blog entry! → 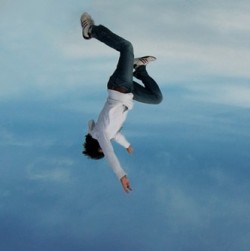 An anniversary. Of sorts. Not a happy one. A cautionary tale, perhaps.

Once, uncharacteristically, I followed my heart instead of my head. In the words of William Rivers Pitt, I threw the parachute out of the plane and jumped after it. The impact was predictable, I guess, inevitable and devastating.

Even so, I doubt I’ll ever get to feel again what I felt during that one perfect, pre-impact moment.

“At the end of the day you should feel so lucky that someone can make you feel that way.” – Trace Cohen

“Tell your stories, you own them. If people wanted you to write nicely about them they would have treated you better.” – Anne Lamott