Slightly tasteless joke of the day.

A man comes home from work early one afternoon, and to his surprise, finds his wife in bed with another man. To retain his honor he grabs two pistols from above the mantel and tells the man, “If you want my wife that much, you need to be willing to die for her. I challenge you to a duel.”

The other man accepts the challenge. They go into another room and close the door. Then the husband whispers to the other man:

“Actually, nobody needs to get hurt. Let’s shoot into the air, and pretend we’re both dead. We’ll see who my wife runs to first, and find out which one of us she loves more.”

So they both shoot into the air and lay down on the floor. The wife bursts into the room, sees the men lying on the floor, and shouts over her shoulder:

“Honey, you can come out now – they’re both dead!”

This morning we discussed a grant proposal for the Indian Community Development Block Grant. The ICDBG.

I said, that sounds like something you’d say if you spotted Barry Gibb.

Slightly risqué joke of the day

A middle-aged woman seemed sheepish when she went to see her gynecologist. “Now, now,” the doctor told the woman. “I’ve been your doctor for years. There’s nothing you can’t tell me.”

“I’m sure it’s nothing I haven’t heard before,” the doctor replied soothingly. “Please tell me.”

“Well, okay,” the woman began. “Yesterday morning I went to the bathroom, and I heard a sound, plink-plink-plink, in the bowl. I took a look, and the water was full of pennies.”

“Interesting,” said the doctor. “Anything else?”

“Oh, yes,” she replied. “Just this morning I went again, and plink-plink-plink, the water was full of quarters! Doctor, you’ve got to tell me what’s wrong! I’m scared out of my wits!”

The doctor put a comforting hand on her shoulder. “There, there,” he reassured her. “It’s nothing to be scared about…”

“You’re simply going through the change.” 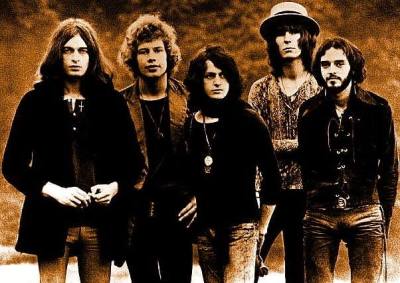 Why there won’t ever be a conservative “Daily Show.”

“Conservatism, by its very definition, is about keeping the power where it currently is. American conservatives want Christianity to remain the dominant religion. They want heterosexuals to remain the only ones allowed to get married. It’s all about hurting ‘the little guy,’ so it doesn’t work well with comedy at all.” – Jon Bershad, Why Conservative Comedy Doesn’t Work And Likely Never Will (paraphrase)

Last week Fox “News” launched another comedy show. “The Greg Gutfeld Show” airs on Sunday nights and features Gutfeld, a commentator on their show “The Five” and a frequent contributor on “The O’Reilly Factor.”

Fox’s previous attempt to counter-program “The Daily Show With Jon Stewart” was titled “The 1/2 Hour News Hour.” It ran for seventeen episodes, intermittently from February through September 2007. It was awful. On its worst night, Saturday Night Live’s “Weekend Update” wasn’t this bad.

Conservative “comedy” tends to work downward. They make fun of those they perceive to be less than they are. Power tends to see humor in weakness: authoritarians don’t laugh at “the boss.” In the old days the court jester’s job was to make fun of the boss, but there wasn’t much job security.

Real comedy is more diverse, it lampoons those in power as well as one’s peers, and to a large degree doesn’t treat anyone as lesser. It comforts the afflicted, and afflicts the comfortable. Whether it’s people in authority, or tradition, or silly assumptions we make about the world because that’s how we’ve been instructed to see things – humor is about poking at all that stuff.

In short: there is no subtlety to conservative brands of humor, just attacks.

(Inspired by a discussion at Democratic Underground.)

Overheard: a woman at a bar

Ground up and kept in the freezer?

Sitting in the can until you need them to do something?