Updates will follow. But so far my big revelation of this year’s festival has been David Francey.

I saw you first in the smoky café light
Where I’d come in from the frozen winter night
And I saw a face that put the stars to shame
I loved you ‘fore I ever knew your name
And my heart sank, lost without a trace
And it’s a lucky man that gets to kiss your face

A local publisher (not the one I work for) distributes an “advertiser” style paper here in east central Minnesota. The name of the paper is “The Scotsman.”

Now, I understand where they think they’re going with that. Right or wrong, fairly or unfairly, Scots people have a reputation for frugality. Although, living as I do in a primarily Scandinavian community, let me tell you that the Scots have nothing on the Swedes. As a Swedish co-worker used to say: his people throw nickels around like they’re manhole covers.

So I get where they’re coming from, and I should be flattered I suppose. It’s not the Washington Redskins, after all. But I do wonder: what other nationality’s stereotype would get boldly featured in the masthead of a newspaper? What other culture or heritage would put up with such a thing?

Luceo non uro means I shine, not burn. To me, though, it means that I have a choice. I need to balance the bad with the good, make sure to avoid the things that could burn or scar me but get close enough to the heat that I feel life and really experience it. – Elle Casey

I think that is quite a cool motto when applied to life. We need to balance the hardships and heat in our lives so that we continue to grow and to shine, but we also need to make sure we don’t let life burn and scar us. The motto reads like it is a choice, which I think it often is. We do choose how we react to circumstances. – James Brunskill

My family is Mackinney (later McKinney)*, of Mackenzie clan. Mackinney was a sept, a loyal family, to the Mackenzies. Once at the Highland Games, some guy tried to tell me that we are instead a sept of Clan Mackinnon. I did the research and no, we aren’t. In fact, since the letter Z (“zed” to the Scots) wasn’t introduced for a long time it’s quite possible that “Mackinney” is an original pronunciation of “Mackenzie.”

At the height of their influence, the chiefs of the Mackenzie clan led the fourth most powerful clan in Scotland. They got to the top by acting as royal agents for a succession of Scottish kings – being in effect the monarchy’s strong men in the north. Their lands extended from the Island of Lewis in the west, though to Ross on the east coast of the mainland.

So my people were a supporting cast, a special team to the King’s strong men. I’m not surprised that multiple clans claim the Mackinneys, though. We were badass.

( *-  Mc is an abbreviation of Mac, and the people recording family surnames back then were often in a rush and not always fluent in penmanship. The same person often had his surname recorded using both Mac and Mc on separate occasions.)

There are two crests for Clan Mackenzie. The original features a stag’s head with the motto Cuidich ‘N Righ, meaning “Help the King.” Royal agents, after all. The more modern one features “a mount in flames proper.” Francis Mackenzie was the first Baron of Seaforth Island in the Outer Hebrides, which are famous for mountains and craggy hills. So the mountain is an appropriate symbol.

Apparently the saying came from blacksmithing (or smithing in general) where one had to make sure that metal being worked with didn’t get burned, but shone in the heat. The whole motto is virtute et valare luceo non uro, which means “by virtue and valor, I shine, not burn.”

It’s a great motto. My ancestors believed that whatever happens to them, whatever challenge or adversity they faced, they would rise above it and succeed. They would always overcome.

Luceo non uro. It means that the Mackenzies try to do their very best in everything they do – to shine, but not to burn out or be consumed. – Belinda Murrell

I shine, not burn! What a beautiful way to see the world! To choose to be a part of light, instead of destruction. – Jenna

Are you going to allow yourself to burn or to shine?

A joke for Burns Week.

Posted: January 21, 2014 | Author: Scott McKinney | Filed under: Shenanigans and monkeyshines | Tags: If it's nae Scottish it's crr-r-r-r-rrap | Leave a comment

Queen Elizabeth is visiting an Edinburgh hospital. She enters a ward full of patients, and notices that they’re all dressed in street clothes and have no obvious sign of injury or illness. The Queen approaches a patient and greets him. The patient replies:

Happy St. Andrew’s Day to all.

Re-rockin’ the 902: Met an old friend for the first time, and ushered for the final time.

Saturday (10/19/13) was an exceptional day. I met up for a cup of coffee with my friend and fellow blogger Leah Noble, of the blog Dream Big Cape Breton (follow it, folks, it’s awesome). In addition to blogging Leah is hard at work, as both a full-time student and an entrepreneur. But she was kind and gracious, and carved out some time for coffee. I’d been reading Leah’s blog and swapping emails with her for a year now: it seemed like we were already old friends.

END_OF_DOCUMENT_TOKEN_TO_BE_REPLACED

Exactly one month from today: Re-rockin’ the 902. 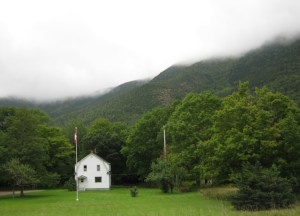 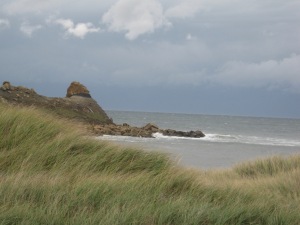 My sister Colleen and I have often discussed how we both seem to get through the days easier when we have something we’re heading toward, something to look forward to. A mission, if you will. I’ve quoted Tyler Tervooren previously when he said, “I’ve never come home from a trip feeling anything less than a better, stronger person.”

It certainly makes day-to-day bullshit more tolerable to know there’s something worthwhile waiting on the other end of the heap. Eyes on the prize, as it were. To paraphrase the brilliant blogger laidnyc: picture a man spending all day striving and sweating to get to a mission, going home at night with his mission still on his mind. Someone gives him some drama. Does he even care? Not just no; hell, no. He derives his self-esteem from how well he is pursuing his mission, not from the actions of anybody else. Got important owl shit to do, after all.

As regular readers know: this trip is another step closer to a bigger plan. Again from laidnyc: the root cause of neediness, social anxiety, unworthiness, and lack of confidence is not having a mission. I’m at my unhappiest when I don’t have a mission, like a ship without a rudder. My sister Kathy told me once that in our family, we’re not happy unless we’re working on something. Or toward something, I guess.

One month away. Please stand by.

Song of the night: “I’ll Tell Me Ma” by Brak and The Chieftains