Ain’t it the truth. 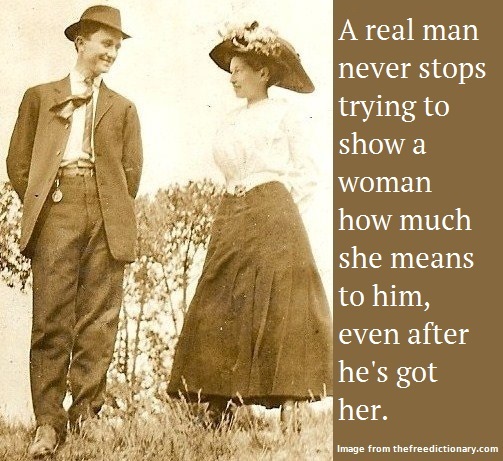 A very insightful writer named Carl Whitehead posted this at Democratic Underground this morning. I tweaked it just a bit for context. It sums up the Syria situation better than I ever could:

After the eight miserable, misbegotten, god-forsaken years that was the Bush Presidency, we now have a leader who I believe tries his damndest to do what is right and just (in this case, at least).

And in the course of trying to gain a credible coalition of domestic and foreign support for his actions he has listened to the voices of every faction, both for and against his proposition; and has decided to give diplomacy more time to gain the objectives he seeks, because he saw so many are against a military solution, A very intelligent, articulate, considerate, and caring individual that so many on the left are now condemning as some kind of war-mongering scoundrel, foaming at the mouth to bomb somebody just for the hell of it.

I shudder to think of what might be happening right now were we to have a certain insanely wealthy venture capitalist in the White House and whether that individual would consider the will of the people, the approval of Congress, or international accord.

I know where I stand. I’m with the man who spoke to the people that elected him to be their President, who listened to those people and the world at large, and decided to give cooler heads another chance to take away another dictator’s ability to use chemical weapons on the field of war.

If I didn’t believe this man to be sincere, I would not hold this position. 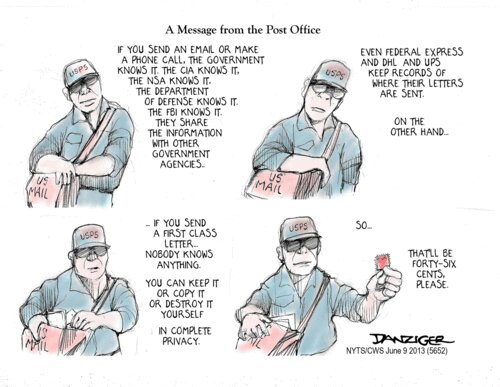 Another good reason to use and support the United States Postal Service.

Teamsters from Local 25 in Boston will protect the family of bombing victim Krystle Campbell during her funeral Monday morning. Members of the Westboro Baptist Church are expected to protest.

Local 25 was contacted by some concerned citizens of Medford asking for help to keep members of the Westboro Baptist Church from protesting the funeral of Krystle Campbell, scheduled for Monday morning (April 22nd) at 10 AM in Medford.

Teamsters Local 25 will be out in full force tomorrow morning at St. Joseph’s Church in Medford to form a human shield and block the Westboro Baptist Church from protesting the funeral of Krystle Campbell. The Campbell family and friends have already endured immeasurable amounts of heartache and tragedy this week, and deserve a peaceful funeral with time to grieve privately.

Westboro Baptist Church should understand that we will go to great lengths to make sure they don’t protest any funerals of the victims of the past week’s tragedies, and that those we lost receive a proper burial.

UPDATE: It is reported that the Westboro Baptists never showed, while more than 1,000 union members and their families came to protect the mourners. The Teamsters are committed to protecting all the bombing victims’ funerals.

Straight talk about Social Security and the weighted/chained CPI.

Image from shaayecanaan. Used with permission.

It’s rare for me to criticize President Obama.

I believe he is one of the best Presidents of my lifetime. But he famously said he wants us to “hold his feet to the fire” when we think he is wrong. And boy, is he wrong on this one.

Democrats invented Social Security. Democrats have defended it against Republican attacks for more than 80 years. Democrats should not be the ones to bring it down.

Obama’s new budget will propose a new inflation formula that would reduce cost-of-living payments for Social Security benefits. The idea, known as  “chained CPI,” has infuriated  Democrats and advocacy groups, and they have already mobilized in opposition.

Currently, Social Security calculates benefit amounts by using the Consumer Price Index, which measures inflation by looking at the increase or decrease of the costs of consumer goods. It’s a pretty standard measure. Obama’s budget, however, wants instead to use a “chained” Consumer Price Index, which tweaks this measurement in a unique way. The logic goes like this: when the price of beef goes up, shoppers buy chicken instead. A “true” calculation of the cost of living, the logic continues, should account for the fact that real shoppers are buying cheaper items and basing their calculation on that instead.

Logical? Maybe, except that most seniors and Social Security recipients spend their benefit dollars on things that THERE ARE NO CHEAPER ALTERNATIVES FOR. Health care and prescriptions, for example.

There are several sensible reforms to Social Security that should be considered to help make it sustainable, including lifting the ceiling on income subject to Social Security from $113,700 to $200,000 or more, as well as instituting a 1% raise in the payroll tax rate, a rate that hasn’t changed in over 20 years.

Both of these reforms would go a long way toward protecting the long-term health of Social Security, but neither should not be conflated with efforts to reduce the federal budget deficit.

That’s why I signed a petition to President Barack Obama, which says:

Sign this petition. This budget is patently ridiculous, and what’s worse it hurts the most vulnerable among us.

Reblog: Tip Your Server and Save The World 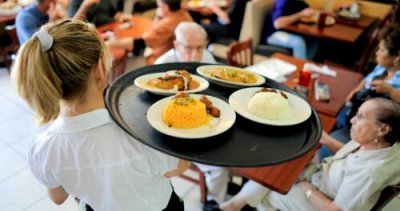 “A person who is nice to you, but rude to the waiter, is not a nice person.” – Dave Barry

Just yesterday I cited William Pitt. But goddamn if he hasn’t hit a grand slam two days in a row. This is a great, great article that will hit home if you or someone you love currently waits tables, or works in any kind of service occupation, or ever has done so. (I have.) The whole article is here, well worth a read, but here are some excerpts.

Tip Your Server and Save The World

By now, you’ve certainly heard the story of the nasty note given to an Applebee’s waitress, who lost her job because she posted the note online. The waitress, one Chelsea Welch of St. Louis, penned an explanation of the incident, and a manifesto for everyone who works service and deals with this kind of galloping obnoxiousness for less than minimum wage every single day.

A slice of Americana, in an age when service industry jobs are the best many can hope for, in a country where Right To Work laws make service employees as expendable as toilet paper. This is happening where you live every day.

Worry about drones, about lawyers for the president arguing they can kill Americans anywhere and for basically any reason, worry about all of that and everything else besides…but real change comes in small doses, and actual kindness happens within reach of your arm.

Want to help the workers? The economy? The whole country?

Tip your server, don’t be a jackass about it, and worry about the rest of the world after you do what is right within reach of your arm. Maybe, if you’re really interested in helping your community, work towards establishing higher wages for the people who bring you food when you go out to eat; there are thousands of them right where you live. First things first; if you shaft the person making slave wages who feeds you and then go home to whine on Facebook about the poor, poor people from somewhere else, you’re as much a part of the problem as the people in Washington dropping bombs and deploying drones.

All politics is local.

Posted: January 17, 2013 | Author: Scott McKinney | Filed under: "It Seems To Me" | Tags: integrity, Republicans, stand for something | Leave a comment

These are the small but significant number of Republican representatives who, on the recent legislation to head off the broad tax increases and spending cuts mandated by the so-called fiscal cliff, voted no while privately hoping — and at times even lobbying — in favor of the bill’s passage, given the potential harmful economic consequences otherwise.

The Vote No/Hope Yes group is perhaps the purest embodiment of the uneasy relationship between politics and pragmatism in the nation’s capital and a group whose very existence must be understood and dealt with as the Republican Party grapples with its future in the wake of the bruising 2012 elections.

Ron Bonjean, a Republican strategist and once the top spokesman for the former House speaker J. Dennis Hastert, a Republican, described the phenomenon thusly: “These are people who are political realists, they’re political pragmatists who want to see progress made in Washington, but are politically constrained from making compromises because they will be challenged in the primary.”

The New Year’s Day tax vote was a case study in gaming out a position on a difficult bill that many Republicans knew had to pass but was also one they preferred not to have their fingerprints on.

Of course, legislators reluctant to take potentially unpopular votes are nothing new. A classic example occurs with Congressional pay raises, where, said David Dreier, a newly retired California Republican, the adage is, “Vote no and take the dough.”