Today is opening day for the 152nd Minnesota State Fair. The Great Minnesota Get-Together, the largest state fair in the US by average daily attendance, and second only to Texas in total attendance. It’s a late-summer tradition for hundreds of thousands of Minnesotans, who come out to celebrate all that our great state has to offer. The State Fair balances traditional hallmarks and modern expectations, and creates summertime memories for rural families and urban dwellers alike.

And you know what that means, don’t you? 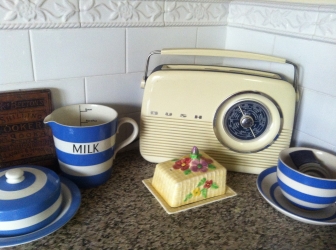 Ole and Lena are at the kitchen table for their usual morning cup of coffee and the weather report on WCCO. They hear Dave Lee and Mike Lynch announce, “There will be three to five inches of snow today, and a snow emergency has been declared. All vehicles should be parked on the odd-numbered side of the streets today to facilitate snowplows.”

“Oh, gosh, OK,” says Ole as he gets up, bundles up, and heads outside to dutifully put his car on the odd-numbered side of the street. END_OF_DOCUMENT_TOKEN_TO_BE_REPLACED

Once or twice, it’s so damn nice…

Folk singer Scott Alarik wrote this when he lived here in Minne-snow-ta. A woman I once worked with would play and sing this at our jam sessions.

“Once or twice, it’s so damn nice, it’s just like heaven to me.” Not every day, mind you, but it sure is true today.

L.A.’s got the climate
Boston’s got the sea
Denver’s got the Rockies
but Minnesota’s got to me.