There’s a warm feeling in the air that no other holiday season can match. Family and friends are beginning to gather together to share warm feelings of affection and celebration. Small children wait in breathless anticipation for Santa’s visit, and the happiness and excitement it will bring.

And you know what that means, don’t you?

The radio stations have begun their Valentines Day promotion.

A morning show for grownups?

The Breakfast Blend with Scott McKinney is the morning show for people who have families, make decisions for households, work hard, pay bills, stay informed, and are part of their community. People who take care of responsibilities, enjoy creative music and good conversation – and still know how to have fun.

The Breakfast Blend is smart and funny, without shoving jokes and outrageousness in your ears for five solid hours. No off-color language. No prank phone calls. And no whoopee cushions.

Just tumbled across something I wrote sixteen years ago, that is just as true today.

I wrote this in 1999 for the KBEK Radio webpage, and just now tumbled across it again. I think it’s held up well.

“Radio used to be less segmented than it is today. When I was a teen my favorite radio station would play a song by the Beach Boys, followed by a song by James Brown, followed by Lorne Greene, followed by the Beatles.” – Dwight Twilley, interviewed in Blank Pages Magazine, spring 1999

“A surprise, you knew, was coming; you just weren’t sure when. Then, there it was —your favorite song. Up went the volume, and often up went your voice — this song you were going to pay attention to, to really feel. The pleasure of radio lay in anticipation: in knowing you would hear what you wanted, but having that pleasure seem spontaneous and unexpected.” – Susan J. Douglas, from her book Listening In: Radio and the American Imagination

“They just described KBEK!” – Me

A surprise on the radio can make my whole day. Here’s what I mean: I was driving along awhile back, boppin’ along with the radio as usual. Suddenly the announcer played a blast from the past, a song that totally knocked me out when it came out years ago, but oddly I hadn’t even thought about for ages.

Wow! What a treat! That song put a smile on my face for the rest of the morning, mainly because it was unexpected. (The song, by the way, was “So Far Away” by Dire Straits.)

Consider how unique that whole experience is compared to other types of entertainment. This wouldn’t have happened, for instance, if I had just popped a CD into the player. That song was on that morning because the announcer picked it, and his likes (and dislikes) are why I tuned in. On the other hand: when I turn on the TV, play a CD, go to a movie, or watch a DVD, I’ve pre-selected exactly what I’ll see or hear — no surprises there.

Part of what I love about radio is its immediacy and its capacity for surprise. There I was, in the right place at the right time – and as a result my day started a whole lot nicer. And if I like a certain station and announcer, I generally can count on enjoying what I hear even – or sometimes especially – if I wasn’t expecting it.

Hearing a good tune for the first time can literally make me happy for days. And if I like an announcer’s tastes, usually I’ll also like the “surprises” he or she comes up with: whether it’s a brand-new song, an oldie I may have overlooked, or that favorite I’d forgotten for the past fifteen years. What’s more: some of the best new songs can bring back memories of songs past, and sound almost like old favorites right from the beginning.

The good mood I was in that morning is what we try to achieve on KBEK: provide you with that “surprise” experience of rediscovering a forgotten favorite, and introduce you to a new favorite you didn’t know you had yet! We hope we’re accomplishing that — let us know.

KBEK — The little radio station that could

One of the best quotes about radio I’ve ever read.

“I love radio. The spell that is cast when the clock is ticking; the music is providing some comfort; a phone call to the studio twists you in a way you could never have expected. Making radio is opening your soul and connecting with everyone all at once – the artist whose work you share in the most intimate way; the listener who is there. Somewhere. I know you are. You have all heard the magic that comes through the ether and out of a receiver.” – Nicholas Hill, Radio Free Song Club

Memorial Day Monday night, when the holiday weekend is winding down 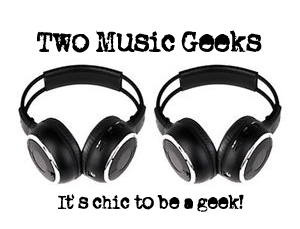 This Monday night, May 26th, 2014, as the holiday weekend is winding down, be sure to save some time at 9 eastern/8 central for the special Memorial Day installment of “Two Music Geeks”! Alan Haber from Pure Pop Radio and I will present a tribute to “Absent Friends” – rock and pop music stars who have left us with some amazing, creative, and musically significant moments. You’ll hear artists you know well, and others who are sure to become favorites. Plus our usual blend of factoids, opinions, and general music geekery! Join us on Memorial Day Monday night, May 26th, starting at 9 eastern/8 central at Pure Pop Radio! 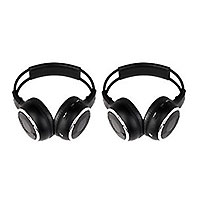 Tap on to Alan Haber’s Pure Pop Radio site this evening for the first episode of “Two Music Geeks”!

In the manner of our now-legendary radio segments on KBEK-FM Alan and I will spin platters and dispense factoids, opinions, enlightenment, meanderings, and random wisecracks.

Hope you enjoy listening as much as we enjoyed creating it!

A happy part of my life ended this week.

Regular readers know that for the better part of nineteen years I have worked in multiple capacities at KBEK 95.5 FM, the radio station my sister owns here in East Central Minnesota. (Longer, actually. I was involved with the pre-broadcast planning for the station, for several years before that.) In fact, anyone who has had more than a five-minute conversation with me knows how much I’ve always loved radio, and how much I derive from being part of it. As I’ve mentioned many times, I’m never as happy as I am when I’m on-the-air.