A question for the “values voters”

He’s a treasonous, disloyal, philandering, irresponsible, uncouth, racist, uncaring, egocentric, narcissistic sociopath with a stool specimen where his brain should be.

What part of that reminds you of Jesus?

I try to keep it light and humorous, because god knows there’s a lot to be humorous about and god knows that if we don’t laugh we’ll cry,

Today is different. Things have gotten fucked up in this country to a degree that they may never be un-fucked up again.

But we can’t call them deplorable, because gosh darn it, that would just be impolite.

There will come a day, probably very soon, when we all have to pick sides. I don’t see any other way this will work out. But I also don’t see much reason for optimism. 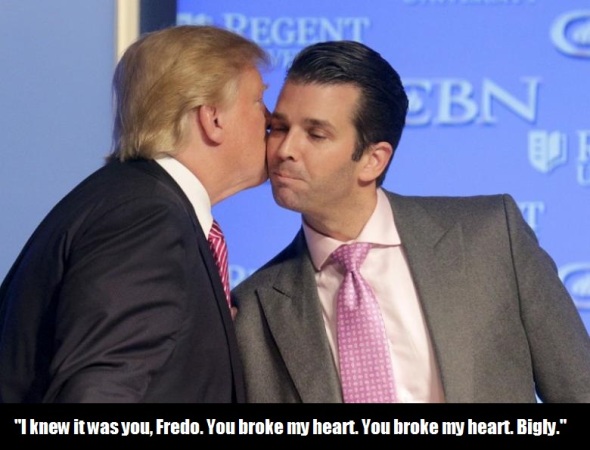 The one thing his base will never tolerate is him doing something, anything, which the left approves of. Especially the Democratic leadership.

So if I were Obama or Hillary, the first thing I’d do is have a press conference. Or a TV interview with someone they hate. Rachel Maddow, for example.

I’d say something along the lines of: the Republicans’ “repeal and replace” plan is much more sensible and much less severe than I’d anticipated, and it actually has some very good liberal points to it. 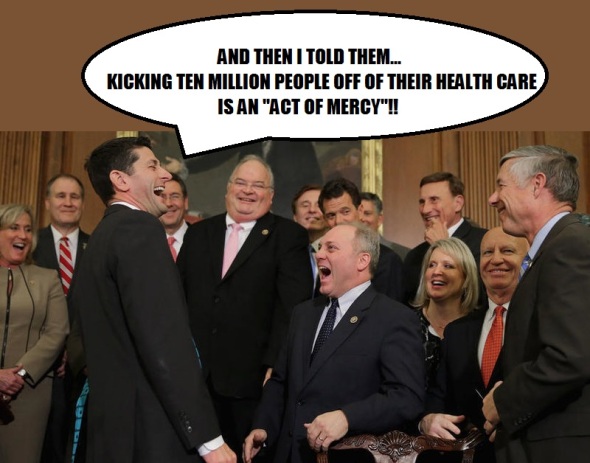