An unintended side benefit to today’s DOMA ruling

Teabaggers are now threatening a mass exodus, moving out of states that support marriage equality. This may be the unintended benefit of today’s ruling: that smarter states will now rush to legalize and equalize marriage.

“Wait, wut?! You mean to tell me that if we let gays marry, all the wackjobs will move to Kansas?! Well, what the hell are we waiting for?!”

He worked very, very hard to keep victims of Hurricane Sandy from getting Federal aid last year. Here’s how he justified his effort:

“This week, the House had the tough job of appropriating disaster relief funds to the states affected to the point of devastation by Hurricane Sandy. I absolutely believe we should help our neighbors in their time of need. That said, we almost always serve one another better locally than we do with a check from Washington DC. America’s generosity during natural disasters by giving to the Red Cross, the Salvation Army, and more, is unmatched. In those rare instances of such widespread devastation that Federal aid is required, we must provide that aid by reducing spending on other lower priorities, not by running up the debt burden on future generations. This is why I supported measures to ensure that any emergency funding was fully offset by other spending cuts. These offset measures did not pass the House, unfortunately, and instead, the total package of Sandy relief legislation grew nearly three-fold–from $17 billion to over $60 billion in new deficit spending– and was passed over my objection.”

So today Adairsville, GA, the Representative’s home town, was hit by a deadly tornado along with many other parts of the state. Much of the region was devastated, similar to how New York and New Jersey were devastated by Sandy.

I trust that Representative Woodall will apply the same principles to this tragedy. From Sarah Jones in politicsusa.com:

Woodall is correct that Americans pull together at times like this; and red or blue, our thoughts are with those suffering. I’m sure the victims of Sandy don’t begrudge Woodall’s district getting the help they might need from the Federal government in a timely manner. If only Sandy victims had been treated in the same way by the many House Republicans who opposed Sandy aid.

Say what you want about karma: she sure can be a beeyotch.

A great post from The Booman Tribune. One of those “whaddya-know-about-that” moments.

It turns out that people hate rich assholes who threaten to cut back employees’ hours so they can avoid taking responsibility for their health insurance. Who could have guessed that publicly ripping on ObamaCare would cause Olive Garden and Red Lobster to downgrade their quarterly profits outlook, or cause Papa John’s to beg for mercy and plead misunderstanding? It sounds like one large, loud-mouthed franchisee crippled Applebee’s whole brand.

I avoid corporate food because it’s bland and unimaginative. It looks like other people are avoiding it because they don’t like their politics. Whatever works. Buy local.

And some great comments:

What I will suggest is that, if people are in fact choosing to eat at restaurants or shop at stores that treat their employees decently and justly, they are rewarding good behavior on the part of those CEOs. That in turn rewards their employees.  If it happens on a large enough scale, that means those good CEOs will have to open more stores and restaurants and hire more employees; perhaps even hiring employees away from the CEOs who mistreat their workers. – massappeal

Since fast food is basically interchangeable, any marginal difference between one place and another can make a big difference; especially because it only means driving one more block, or going to another place in the food court. So, yeah, being a dick can hurt your business. – sabudabi

It’s really funny: these guys’ pizza, food, etc. aren’t even at the type of their respective industries. So when faced with paying to eat their crap or just not patronizing their establishments, people just choose to save their money and maybe go get something better owned by less idiotic people. – lamh31

Don’t care what they do, now that their side lost the election. I still refuse to ever patronize them ever again. When it counted, they showed their true colors; and now that they might lose some money, they want us all to ignore it? Sorry. My principles ain’t for sale, like theirs are it seems. – clif

Reblog: Look what you people have done to Ann Romney 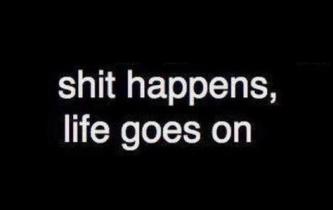 From the Atlantic Wire, by way of the awesome blog Under The Mountain Bunker:

“By all accounts, the past month has been most difficult on Romney’s wife, Ann, who friends said believed up until the end that ascending to the White House was their destiny. They said she has been crying in private and trying to get back to riding her horses.”

But here’s the newest reason I like Canadians. Like the Super Bowl, the Grey Cup showcases big-name artists for its halftime show. And being Canadian, naturally, they showcase Canadian performers. Sunday’s halftime show featured two Ontarians.

Gordon Lightfoot opened the halftime. He sang his legendary “Canadian Railroad Trilogy,” and was enthusiastically cheered.

Say what you will about the CFL: its fans appreciate true talent when they see it. And as one fan’s sign read: “CFL. 100 years – zero lockouts.” 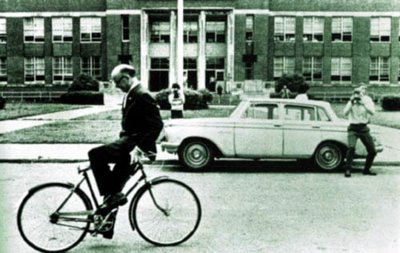 Remember John Schnatter, CEO of Papa John’s? The guy who threatened massive layoffs and cutting employee hours due to ObamaCare? No, no; you see, he was was just badly misunderstood. From HuffPo:

Many in the media reported that I said Papa John’s is going to close stores and cut jobs because of Obamacare. I never said that. The fact is we are going to open over hundreds of stores this year and next and increase employment by over 5,000 jobs worldwide. And, we have no plans to cut team hours as a result of the Affordable Care Act. Clearly there was some misunderstanding somewhere.

I’ll tell you where the misunderstanding was. His stockholders misunderstood why Papa John’s stock was dropping like a stone.

And remember John Metz, the Denny’s franchise owner who posted signs in his restaurant announcing a 5% surcharge to diner’s checks due to ObamaCare? And when asked about it, he said that displeased diners could just elect to stiff their servers for part of what they would normally tip? Denny’s corporate laid down the smack on him. From HuffPo:

Denny’s Corp. is trying to protect its brand and other franchisees by publicly distancing itself from Metz’s statements. “While we respect the decision of an independent business owner to speak out on this or other topics and express their personal views, his statements do not capture the respect by Denny’s, the Denny’s Franchisee Association or our franchise community at large for our hardworking employees or for our valued customers,” John Miller, CEO of Denny’s Corp., said in a statement. “Unfortunately, the comments of this franchisee, who represents less than 1 percent of our system and who owns restaurants in other concepts, has been portrayed as reflective of the entire Denny’s brand,” Miller said. “I am confident his perspective is not shared by the company or hundreds of franchisees/small business owners who make up the majority of the Denny’s community. Specifically, his comments suggesting that guests might reduce the customary tip provided to their server as an offset to his proposed surcharge are inconsistent with our values and approach to business throughout our brand.”

Yup, the invisible hand of the market economy at work. Don’t strain yourselves back-pedaling, fellers. And wake me up when a decent restaurant complains.

Karma is a beeyotch.

Shares of Papa John’s declined on Tuesday following news of class-action certification for a lawsuit that claims the pizza chain had unsolicited text messages sent to cell phones.

The lawsuit filed with the US District Court for the Western District of Washington in Seattle claims Papa John’s violated state and federal law when they had the marketing company OnTime4U send unsolicited text messages on its behalf to cell phones advertising their pizza products. The lawsuit says that 500,000 illegal text messages were sent to Papa John’s customers across the US.

So how many cents per pie does that work out to?

The plaintiffs may each potentially receive $500 or more in damages for each text message.

So fine him 14¢ per message, and there’ll be plenty of money to pay for his employees’ health care.

Hmmm. Maybe you shoulda texted them.

Awww. Fox News has a sad.