You know, I think you could take this more than one way. 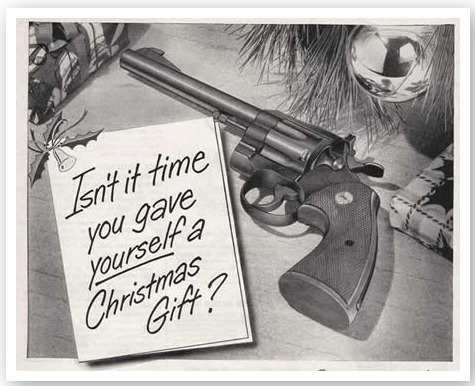 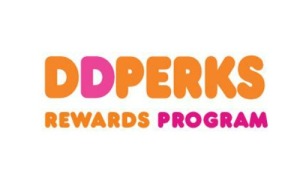 Remember that ad campaign from about thirty years ago? Annoying, right? What were they thinking, anyway?!

According to Wikipedia, The Beatrice Creamery Company was founded in Beatrice, Nebraska in 1894. They purchased butter, milk, and eggs from local farmers and graded them for resale. In 1905, the company was incorporated as the Beatrice Creamery Company of Iowa. By the turn of the century they operated nine creameries and three ice cream plants, and shipped dairy products across the US. In 1913 the company moved to Chicago, and in 1939 acquired the city’s other major dairy company. During World War II, its “Meadow Gold” milk and ice cream brands were known across the country. In 1946, they changed their name to Beatrice Foods. From the late 1950s through the early 1970s, they expanded into Canada and purchased several other firms, eventually amassing (to put it mildly) a diverse array of consumer products.

Ironically enough, in 1984 simply nothing would do for the Beatrice marketing geniuses but to inform the public that they controlled every single thing that could ever be bought. They appended their wordmark logo to everything they owned. And all their TV ads ended with the red-and-white Beatrice wordmark and the soothing jingle, “You’ve known us all along.” The clip below was a “brand-building” ad, an attempt to meld all the company’s beloved products into one idyllic soft-focused dream featuring clowns, puppies, and Thanksgiving dinner. (I think that may be Kid in the Hall Dave Foley reading the storybook to the sleepy child.) Eventually every ad ended with a shorter version, a woman’s seductive voice saying “We’re Beatrice” and the wordmark.

It was during both the Winter and Summer Olympics this year (1984) that the corporation flooded the TV airwaves with advertisements letting the public know that many brands they were familiar with were actually part of Beatrice Foods. These ads used the tagline (with a jingle) “We’re Beatrice. You’ve known us all along.” After the Olympics, advertisements for its products continued to end with the catchphrase “We’re Beatrice” and an instrumental version of the “You’ve known us all along” portion of the jingle, as the red and white “Beatrice” logo would simultaneously appear in the bottom right hand corner. However, it was soon determined that the campaign alienated consumers, calling attention to the fact that many of their favorite brands were in fact part of a far-reaching multinational corporation, and the campaign was pulled off the air by autumn.

That summer I worked at a social service agency in the north Minneapolis suburbs. The PR person took maternity leave, so I edited the agency newsletter in her absence. The newsletter got sent to community members, clients’ families, similar agencies, public officials, and other stakeholders. A big distribution. So for that summer’s edition, in teeny tiny text on the back of the newsletter, right above the address block, I wrote “We’re Beatrice.” I thought it was hilarious. The executive director was not as amused.

Beatrice eventually went under, but not because of the annoying ads. It got so big and ungainly that it had to sell its divisions off. Plus its leather tannery division was charged with allegedly dumping toxic waste in the water supply of a Boston suburb. (“Your tap water: We’re Beatrice.”) Eventually the conglomerate was split up, and its most familiar food products were absorbed by another conglomerate, ConAgra.

The “We’re Beatrice” campaign may have been smart on paper, but it was annoying in practice. It came off as smug; and let’s face it, Americans don’t want to be told that one single company controls every one of their purchases. Even though it may be the truth, don’t rub our noses in it. In other cultures it may be tolerated or even welcomed, but it reinforces the preoccupations of the most paranoid tinfoil-hat-wearing American people. According to blogger John McKenzie at Food Network Humor:

“In the 80s it seemed like Beatrice Foods owned EVERYTHING, and wanted EVERYONE to know it, and stuck that annoying little voice-over at the end of all their products’ commercials. ‘We’re Beatrice.’ I always expected that woman to continue to say, ‘… and you’re not!’ Then blow a raspberry.”

Name-Brand Ketchup. We’re Beatrice. You’ve known us all along.

One of the most clever TV ads I’ve seen in a long time.

Warning: this song may become an earworm and stick with you for the rest of the day.

This is clever. The Idea cellular phone network in India recently expanded its coverage across virtually the entire country. They wanted to emphasize (a) how fast and thoroughly a song or meme can reach everyone in a whole nation, and (b) that their cell network is the one that can do it.

From Devesh Gupta at afaqs.com:

The film showcases people from different parts of the country humming the tune while they follow their daily routines. The funny, soothing tune relaxes their mind and gives them a chance to share a laugh with friends.

Ashwin Varkey, creative director (for Idea’s ad agency Lowe Lintas), says, “Idea wanted us to come up with an ad that showcases its footprint all across the country. It is like saying ‘wherever you go, there is an Idea network’. The idea was that if you have the network, your phone will ring.” Varkey is confident that people will stick to it for a long time. He says, “If it was not a sticky tune then it would not have been successful.”

It’s a sticky tune indeed. They released this ad in December and it’s already taken the country by storm. And as you can see, it’s even being seen and heard and enjoyed all over the globe. I don’t know much about Indian geography, so this wasn’t apparent to me until I read Gupta’s article. But the last scene in the restaurant portrays an Indian man visiting a foreign country, and the “Honey Bunny” tune gets taken up by a waiter, presumably to spread across that new land too.

Clever and well crafted. And the song is simple and innocent enough to make everyone smile. It also shows that the English language is somewhat of a unifier in India.

Add: a subsequent Google search tells me that “toko” is a Hindi word for “close acquaintance.”